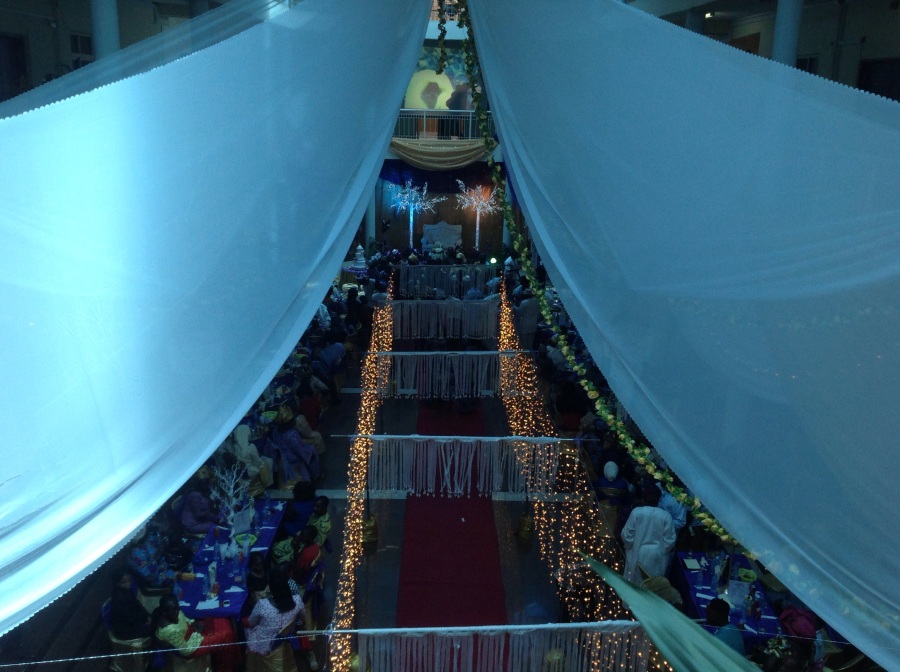 I love weddings, I really do. What’s not to love? I absolutely cherish the look on the groom’s face when he first sights his bride walking in. While everyone else is up and fixated on the bride, I’m busy studying the groom’s expression. Yes, I’m eccentric like that. For me, that look never gets old. I love the exchange of vows and all the emotions that come with it, especially when the couple writes their own vows. END_OF_DOCUMENT_TOKEN_TO_BE_REPLACED

Moving to Lagos in 2010 for my compulsory National Youth Service came with a huge dose of culture shock, having done Primary School in Benue, Secondary School in Plateau State and University in Zaria. Everything fascinated me; The seemingly seamless stretches of water, the fast-paced nature of the city, the strong commercial presence, the crowd, the way fights broke out spontaneously and insults were hurled out so easily, that awful stench that lingered everywhere from the backstreets of Ebuta Meta to the posh parts of Ikoyi, the yellow ‘danfo’ buses that literally drove bumper-to-bumper.

Bus rides were an exciting part of my stay in Lagos even though I didn’t care much for the sweaty bodies that pressed against mine in the crowded buses or the way the bus conductor shouted abruptly at every bus stop, leaving me with palpitations. The names of bus stops in Lagos usually left me amused- Oshodi-Oke and Oshodi-Isale (which i never got right till I left), Transformer, Century, all sorts of unlikely names, even Cemetery. Uncomfortable as the rides were, I relished the opportunity to watch and study people; the careless drivers, the aggressive bus conductors, the impatient passengers, the drug peddlers who always had that one miracle drug that could cure everything from cancer to a heartbreak. The most amusing passengers were the religious preachers. These ones seemed to have a similar calling to declare an eternity of fire and brimstone for all fornicators and knew it was time to collect an offering when they had successfully manipulated the passengers into feeling guilty. The drivers particularly amazed me, with time i came to look at their recklessness as simply a survival instinct.

I moved to Abuja in January 2012, and it felt like I had lived in Lagos all my life. Every thing seemed so different. Everything except that reckless attitude of commercial drivers, especially the cabbies. This recklessness seems so out of place in Abuja with its wide paved roads, bright lights and easy-going populace. Four years later and I have come to the conclusion (true or not) that it’s the same danfo drivers in Lagos who moved here to become cab drivers. I however won’t make an excuse for the Abuja cabbies like I did the Lagos danfo drivers. Here, It’s beyond a survival instinct. It seems they are simply on a mission to frustrate me to tears every morning.

Have you ever questioned if the Fruit of the Spirit (Galatians 5:22-23) is manifest in your life? Just visit Abuja for a week and drive around or commute by taxi.
Abuja taxi drivers will test your patience and self control! They will make you question your love walk. I can assure you the week won’t pass by without one ‘along’ driver making an abrupt stop right in front of your moving car because he sees a potential passenger. Yes, the 50 Naira he’s about to make is more important to him than your life.

Then the old Yoruba cabbies? Ah, they will test your gentleness! Those ones understand English perfectly till you guys get lost or it’s time to pay, then all he understands is Yoruba. The younger Yoruba cabbies aren’t as annoying as their fathers. But i must warn you that those ones have to make a stop at ‘Iya Bose’s’ to ‘make change‘ and have a quick shot of agbo, especially those mornings when you’re late for work or an appointment. By the way I noticed that the Iya Bose around the corner from us now sells ‘kpomo‘ in addition to the agbo… But I digress

What have been your experiences like with the cabbies and bus drivers? What has been the greatest test of your patience with these guys?